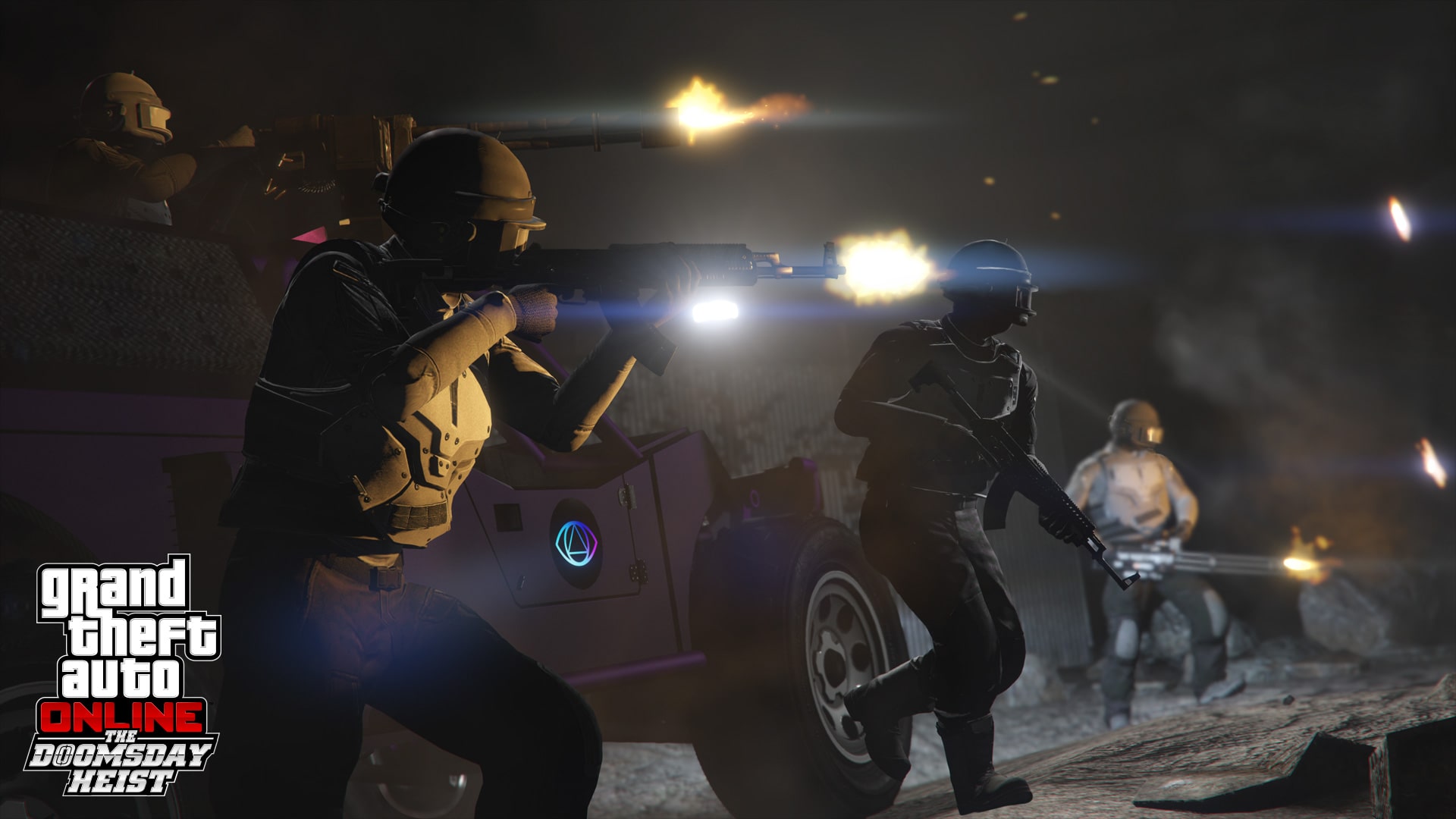 The review part elaborates about the missions, vehicles, properties and the available upgrades in the Doomsday Heist for GTA online. In order to make the players and participants be clearer with better understanding, the review herein follows for you.

The Doomsday Heist is one amongst the major 20 updates for grand theft auto online. Centering with three acts, the story takes part with three separate missions with one large heist mission at the final stage. The three missions are Preparatory Mission, Advanced Set-up Mission, and the Finale Heist Mission.

Adding to those three story missions, the updates include the below features:

The story mission requires three players, who are to be registered as CEO, VIP and MC President to launch the missions in order to execute the story. The mission is considered as a complicated one with multi-part heist plays.

This part requires one Heist leader with a crew of two to four players (sometimes 8, if there is an MC President with full club group) to earn assets in order to move the missions and finish the game.

The actions take place in this mission is – Gun running, Smuggling, MC / Import & Export. The players have to collect the assets when they are in free roam mode and have to get them back to be ready to face the next mission. The other players in the mission who are all into the mission also require the above said asset supplies will receive a notification once any certain asset is taken by someone else, can make an attempt to steal/attempt theft for their own.

Not bothering about the stealing and thefts, when you have your own money, you need to make assets for your own to move to the next mission.

Phase Two – Set-up Mission is more organized and structured wherein no free roams will take place. There will be specific objectives that are related to heist mission wherein there will be orders, which can be completed at any time. The crewmembers will be able to receive compensations wherein no compensation for the crew leader in this mission.

This phase is a culmination of preparation and set-up missions wherein you and your three teammates have to be in a continuous and constant communication. You all have to work together as the parts are much complex and multi-faceted missions.

The next update for the players is that upcoming Heist will require only two players. Added to it, players in the crew can vote whenever any sort of unsatisfied situations take place.

GTA Online Glitches & Secrets
GTA V Mods © All rights reserved. All trademarks, coprights and content belongs to their respective owners. By visiting our site you agree to it's Terms of Service which is subject to change at any given time.